Interactive Diorama – Rembrandt 1632 is a virtual reality (VR) simulation that allows a visitor to explore a space beyond the 2D surface of a painting. It was created to evoke different experiences of heritage including non-linear, associative ways of thinking and dialogical interpretation.

The work celebrates and deconstructs the important moment when the history of art and science converges in spectacle. It compares the representation-based pictorial space of the canvas with the dynamic, embodied and relational space of virtual reality environments.

Read more about the VR simulation

We seek to investigate and analyse the relations between virtual simulations and their tangible counterparts, in order to better understand the nature of digital matter.

We research and develop new forms that better afford embodied interactions with the digital.

We want to develop better practices and benchmarks for creation and use of these artifacts in both the physical heritage institutions as well as in the online virtual forums of the future. 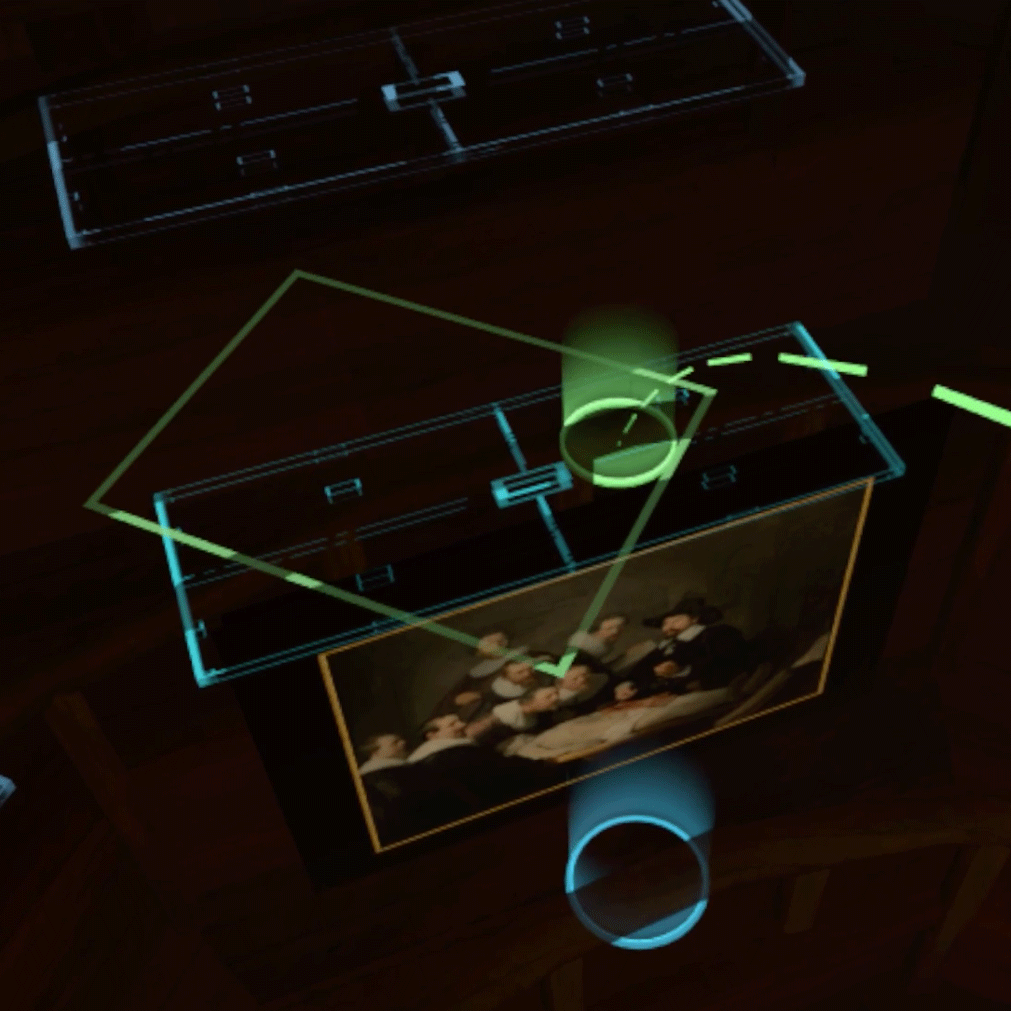 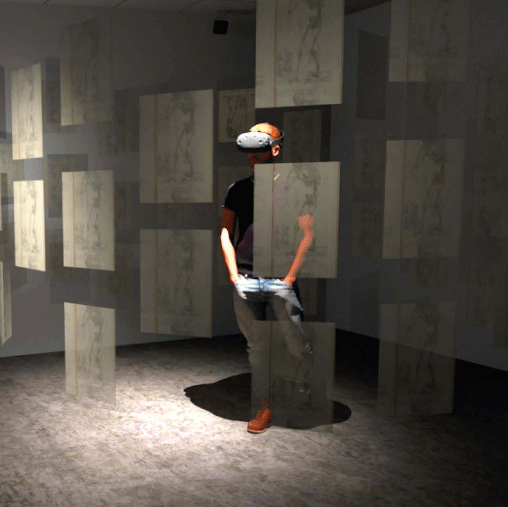 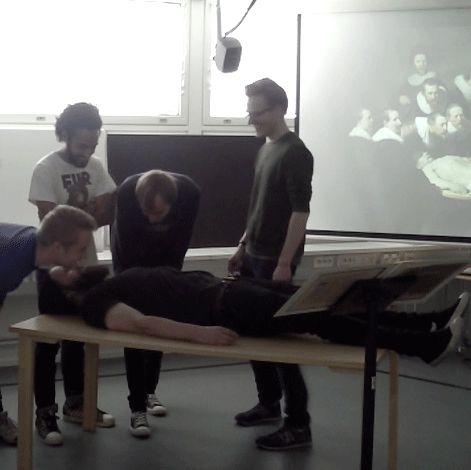 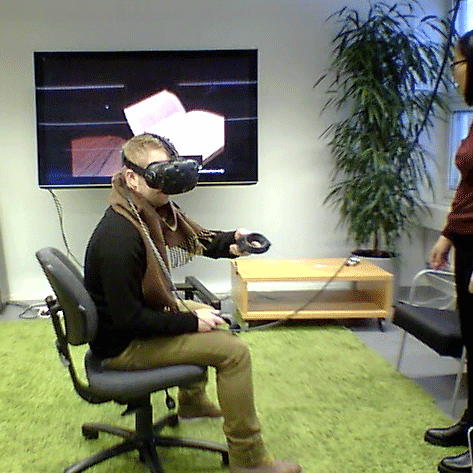 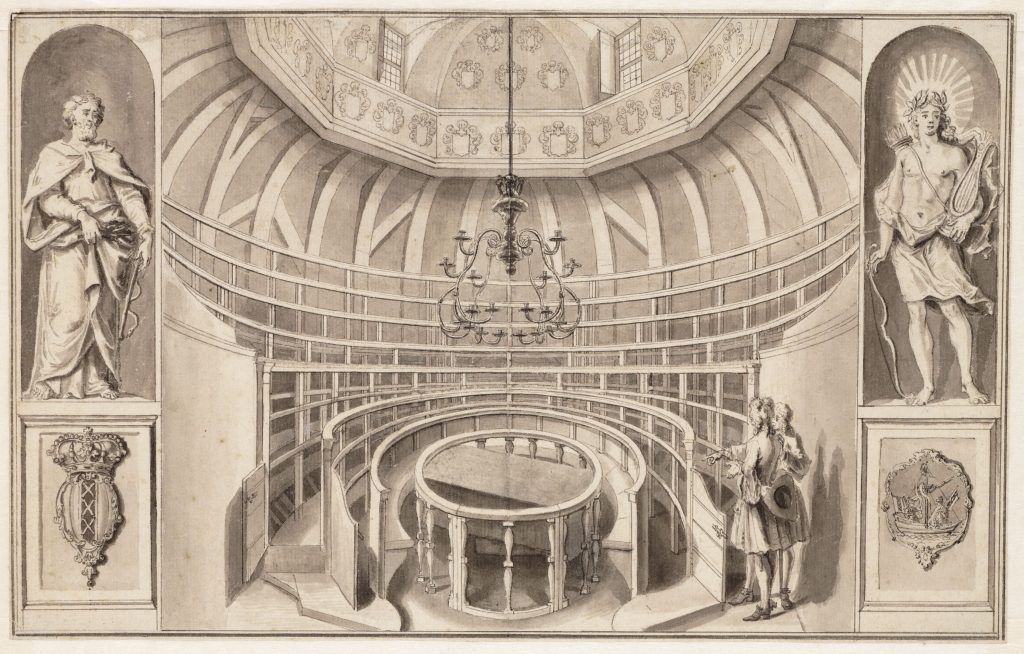 The concept and research into the topic of simulation began while Díaz-Kommonen was on a brief sabbatical at Carnegie Mellon University’s Entertainment Technology Centre (ETC) in the United States.

Díaz-Kommonen’s aim is to use virtual networked environments and combined use of anthropology and new media to promote human-centered design. Her interest is in European research and development projects in the area of digital technology and cultural heritage.

Her inspiration came from a visit to Venice and upon reading a recently published book by Cynthia Klestinec: Theaters of Anatomy Students, Teachers, and Traditions of Dissection in Renaissance Venice. 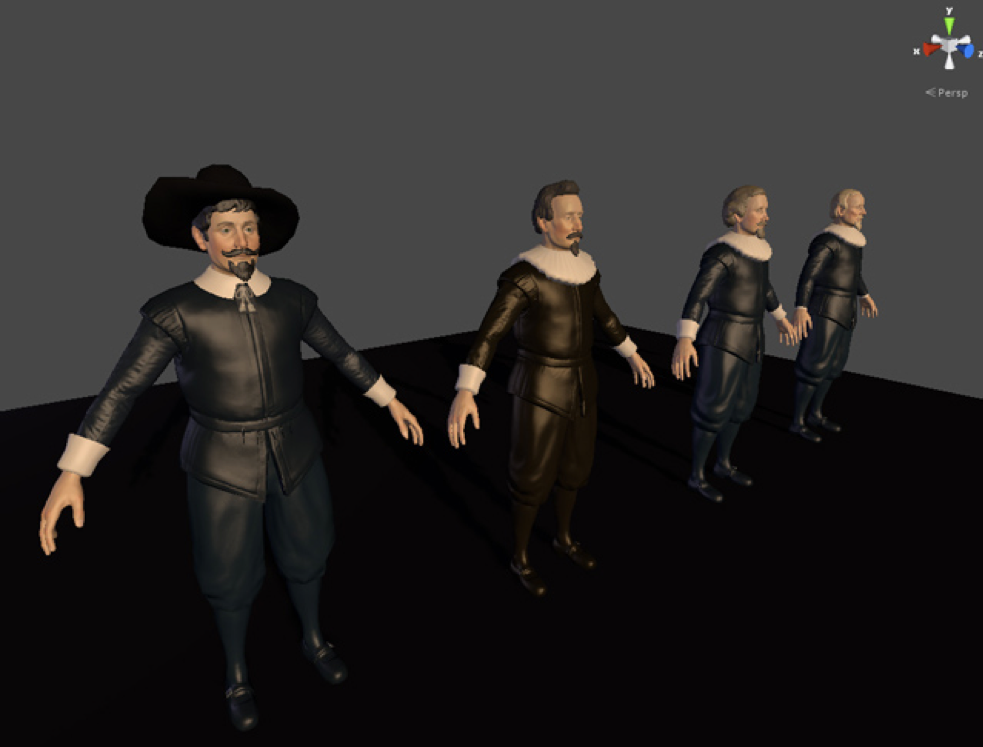 Production started in the summer of 2013, after the project received a grant from the Dean of the Aalto University School of Arts, Design and Architecture. In the beginning, the project team was formed by Lily Díaz-Kommonen and animator, game designer Juha Koppström. 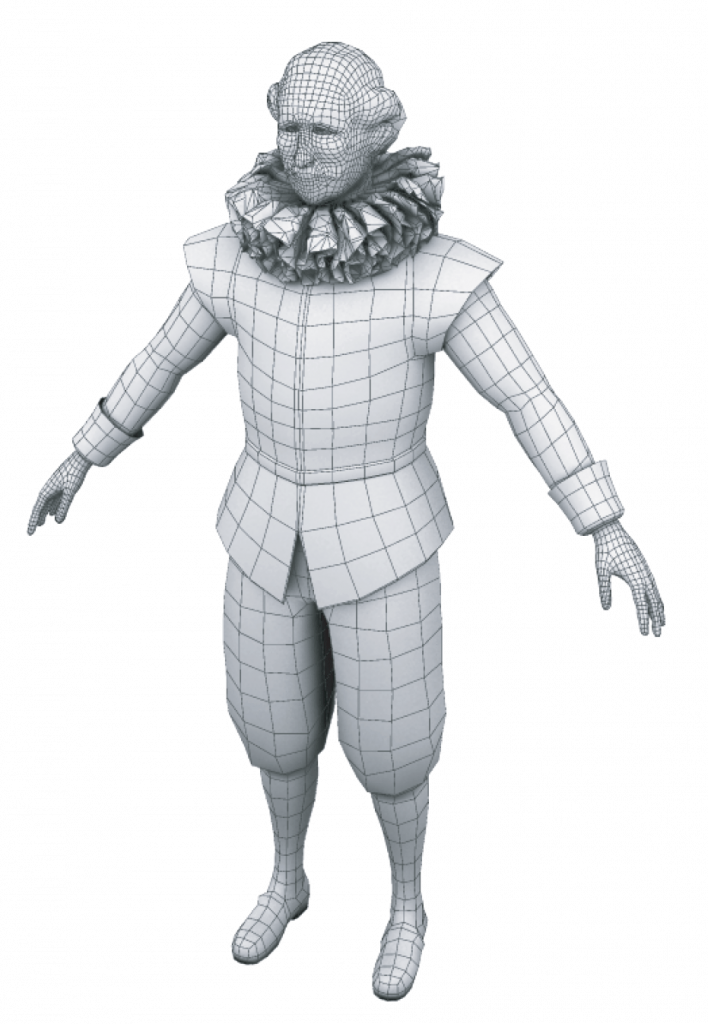 Professor Sofia Pantouvaki and Johanna Ilmarinen from the Department of Film and Scenography at Aalto University helped with dress design by creating samples which the working group could study closely. 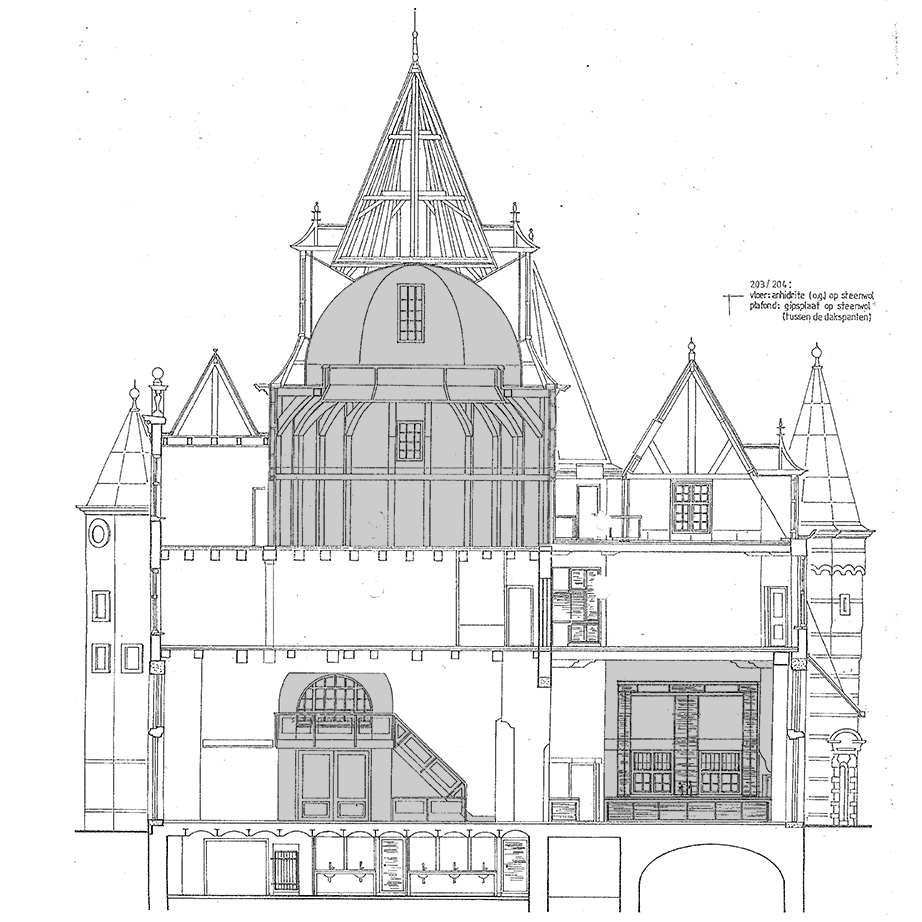 The virtual space rendered inside the VR application is a reconstruction of the anatomic theater that used to exist at Waag Society in Amsterdam (since 1691). The replica was created through a combination of photogrammetry techniques by Dr. Judith van der Elst, an independent scholar residing in Amsterdam, using 18th century prints. Waag Society was the place where the painting was originally created, having served as the site of the Amsterdam Guild of Barbers’ Surgeons.

Díaz-Kommonen got architectural materials with accurate measurements and depictions of the actual site. “Still, I could not ascertain exactly in which room at Waag it had been created. However, I decided to go for the reconstruction of the anatomical theater because I thought this would be of interest to both historians of art and science, as well as the public”. 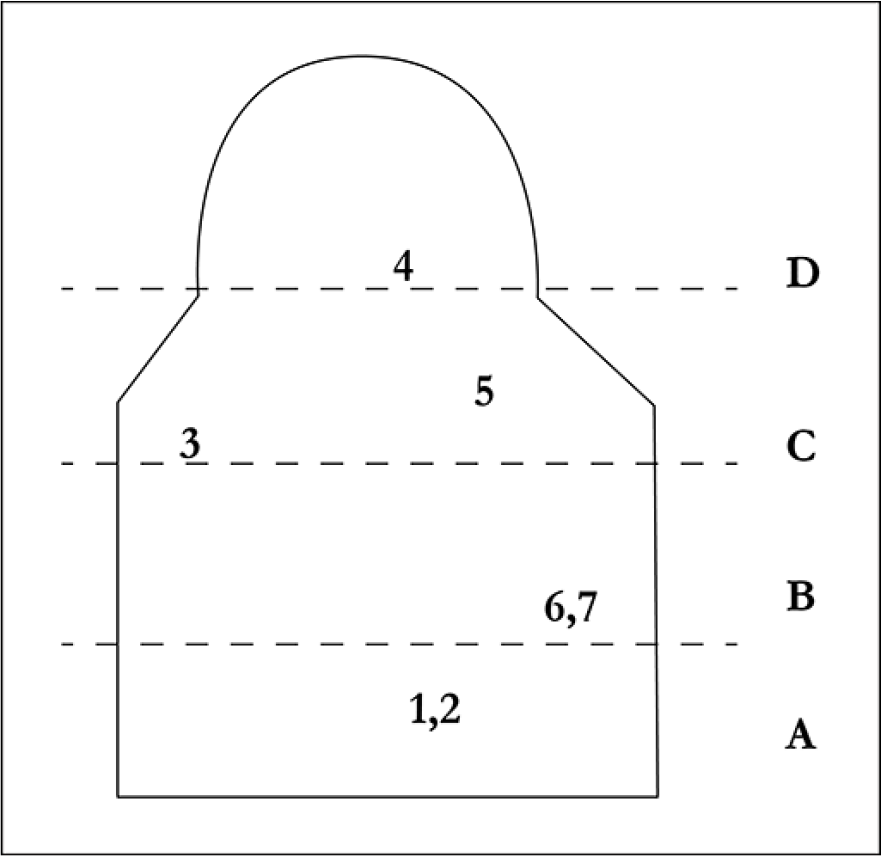 Planning Diagram for information architecture
(The letters indicate levels where content can be placed and shown at different points in time. The numbers indicate seven captions that have been inserted into the virtual space.)
The virtual space was partitioned into these levels, in order to organize the user experience in accordance to the audio-visual narrative created. The levels were also used to structure the navigation in relation to the virtual objects. 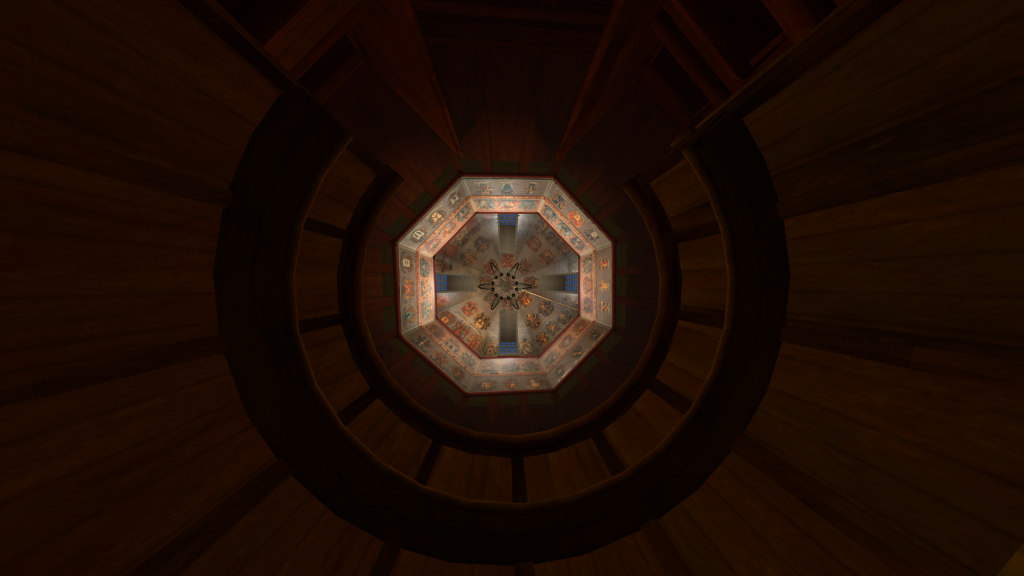 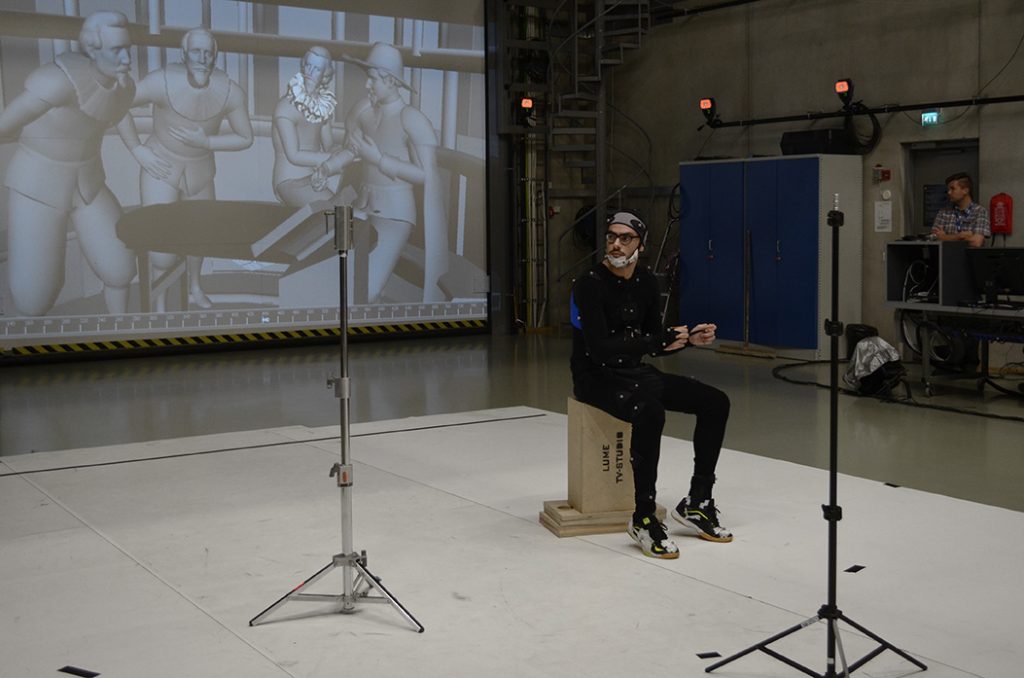 The installation features a true 3D computer-generated environment in which objects have been modelled and rendered to include all the geometry. There are the 3D avatars of the doctors that display life-like gestures created using 3D animation and motion capture techniques. This work was realised in LUME studio with Max Mäkinen, Toni Tolin and Shareef Askar from the Department of Media.

Professor Díaz-Kommonen receives a professor package grant that enables the project to continue. 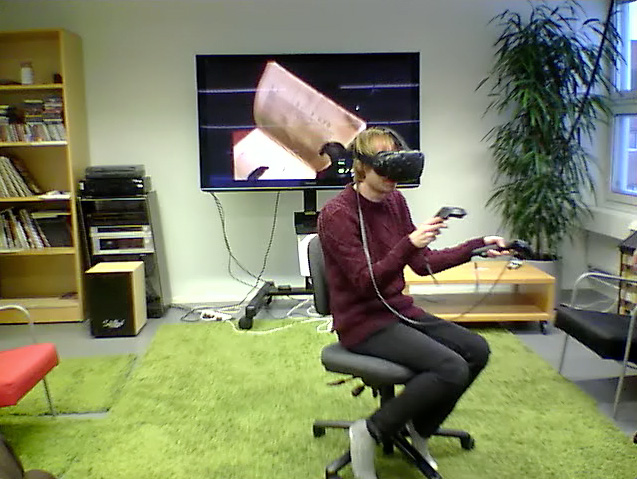 Ling Chen joins the team as a software developer. Shareef Askar continues working on the piece. User testing is carried out as a part of Markku Reunanen 3D user interface coursework. New interface with Unity 3D is created. Book animation is created and external video of dissection of hand is added.

The installation premiered at Ars Electronica in Linz, Austria.

Video summary of the project is created by Cvijeta Miljak.

Project showcased at opening of Väre, the new building for the Aalto University School of Arts, Design and Architecture. 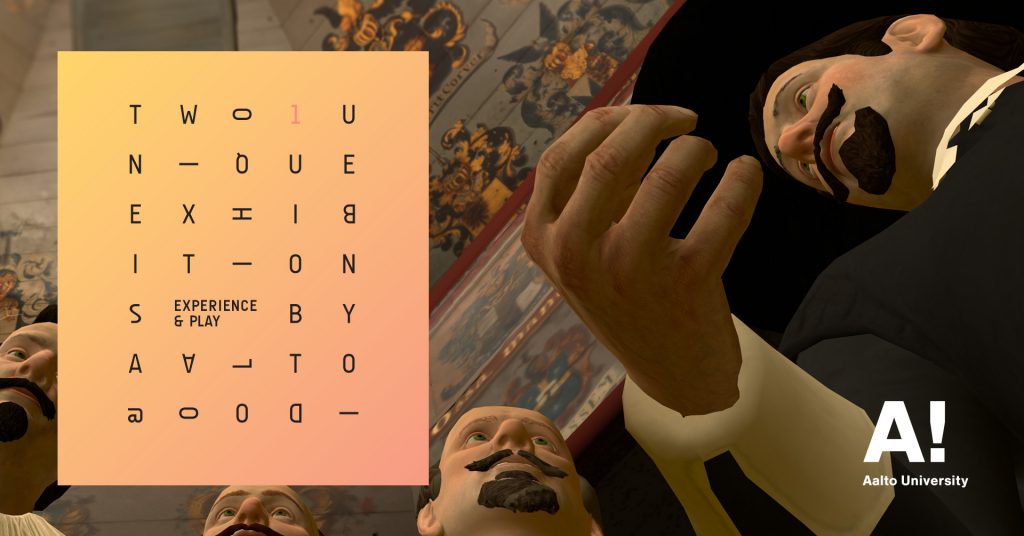 Project is on display at Oodi Library in Helsinki, as the first part of the exhibition Two unique exhibitions by Aalto University at the Oodi Library to experience and play .

The work has been realized by professor Lily Díaz-Kommonen with the Department of Media, Systems of Representation Research Group at Aalto University, a multidisciplinary community where art, science and business come together to identify grand societal challenges and build innovative futures.